Naming, organizing, and accessing files during any type of analysis or project is always a challenge.  The most recent release of QGIS features a file browser to help create and manage different types of geospatial data and is akin to ArcCatalog.  After installing QGIS, you will notice a second yellow "Q" icon--this is the shortcut to the browser.

In the example below, you will see a connection made to USGS Web Map Service (WMS) through the QGIS browser.


The browser can also be docked to QGIS so there is no need to re-open and close any windows.
Posted by Jon at 9:00 PM No comments:

Email ThisBlogThis!Share to TwitterShare to FacebookShare to Pinterest
Labels: QGIS

For a more recent update on Arches 3.0, visit: http://opensourcegisblog.blogspot.com/2015/05/arches-30-released-for-heritage.html


If you have taken or even thought of taking an anthropology course, you will understand the need for Arches. Arches is an open-source based heritage inventory and management system.   It was envisioned and created by the Getty Conservation Institute (GCI).  Code is currently available for download. A more advanced version is expected in July.


"Arches has been purpose-built for the international cultural heritage field, and can be used to inventory and document all types of immovable heritage, including buildings and other structures, cultural landscapes, heritage ensembles or districts, as well as archaeological sites."

For a quick hands-on-feel, quick out a demo from an earlier version of the tool using Jordan and search for a site like Petra and explore a few different areas.  You will notice familiar features, like web-based mapping from OpenLayers. 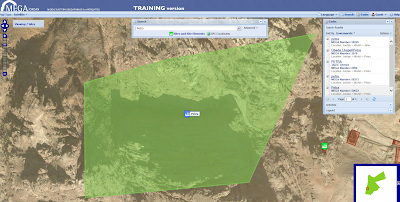 Many spatial analyses begin with using kernel density in GIS.  In ArcGIS, kernel density is part of the Spatial Analyst Extension.  However, several viable alternatives exist.  For today's post, I chose two of the easiest to implement and the ones that I have had the most success with: CrimeStat and Geospatial Modeling Environment (GME), formerly known as Hawth's Tools. Note: For GME you will also have to have R installed and several spatial packages.  They are both free, so enjoy!

When using these different tools, keep in mind that there are different kernel functions. ArcGIS uses a quadratic estimation while CrimeStat and GME have several. Click on the image below to magnify it.   The maps show density analysis of Wifi spots in New York City. 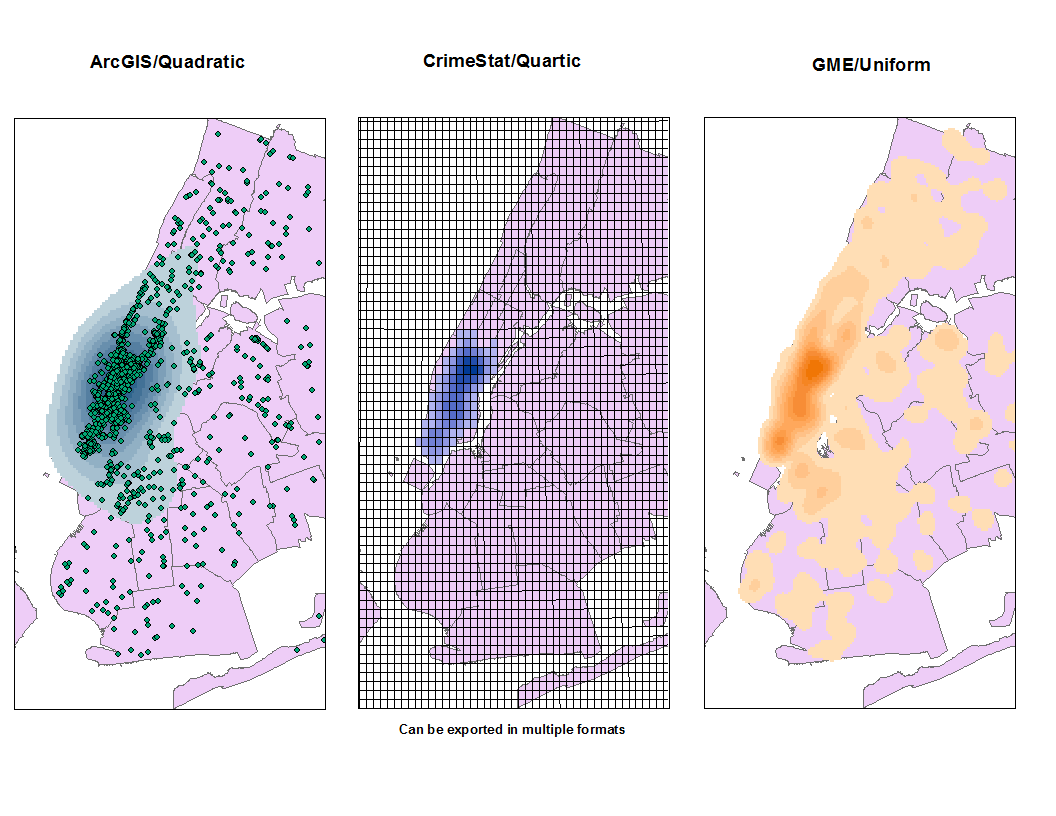 I chose different kernel functions to highlight the intricacies of density analysis.  In addition, ESRI has a video on performing proper density analysis, which you should check out.

Crimestat is a lightweight program that is relatively straightforward.  GME requires more installation steps but uses a point-and-click interface to generate the density map. After installing GME and R, in GME, be sure to search and use r.setpath to link GME to R. In addition, in GME you can copy, paste, and edit code in the same window--an extremely helpful feature!

Notes: I have been rather frustrated with the kernel density implementation in GRASS and Quantum GIS--even after diving into the help pages and discussion boards.
Posted by Jon at 8:27 PM No comments:

Jon
Anyone can comment on this personal blog on free and open source GIS. I hope you take away a few new tools and ways to answer geospatial questions. At work, my main focus is on GIS and health. However, this blog covers many topics in GIS and related fields. My background includes a master's of public health (MPH) in epidemiology from the University of Michigan and a graduate certificate in geographic information systems (GIS) from Johns Hopkins. You can also follow me on Twitter at @jontheepi: https://twitter.com/jontheepi